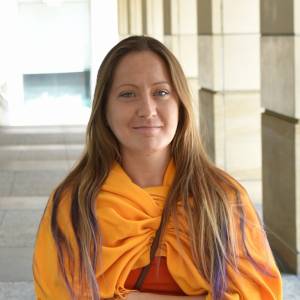 Maryna Kantsyr ART
I chose to be an artist because I enjoy creating art and because it’s the most difficult and complicated thing and always brings really interesting results.
This user account status is Approved
Painting
About About
Comments Comments
Activity Activity
Forums Forums
Contact Artist Contact Artist

HOW I CREATE ART
Ideas for my paintings usually came from interactions with the outside world, that become an idea of some kind of logic or just emotions that transform to colorful lines and objects. Sometimes I just start with line and idea comes after, sometimes I start with one idea and find out, that it's transformed to different idea. A mix of feelings find harmony on canvas. So I do not have recipe for how I create art - I just do. And everything - my feelings, thoughts, interaction with people end up on my canvases. But they are mine and I can transform all this into an art - and you can see your story, your feelings or thoughts in my art. Or there are titles and descriptions that can help you to understand it.
I spent a lot of years finding my style, found the best technique for me and chose materials. And step by step I came to the fact, that oil paints and canvas are the best materials for me.