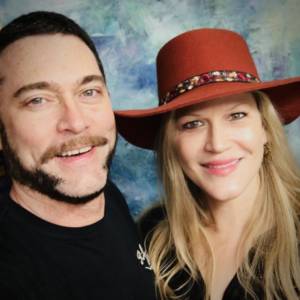 DavidJohanssonArt
A contemporary Seattle artist. Johansson's studio is located in the iconic "Georgetown" building, as part of the collective curated by Patti Curtis known at Fogue Gallery.
This user account status is Approved
About About
Comments Comments
Activity Activity
Contact Artist Contact Artist

David was raised in the Yakima Valley on an apple orchard. Relocated to the Seattle area in 1981. David finds the abstract as appealing as landscape painting.
David has included wearable art in his creative process
Schools include Cornish College Of Art, University of Puget Sound and Western Washington University.

David apprenticed to Donald Foster of the Foster White Gallery from 1989-1993.
Operated Odin Perth Altar Of Art in The Broadway Market on Capitol Hill in the 90’s. Featuring Pride themed art, including his wearable collection worn by thousands of happy collectors over the years.

Partial list of group shows and at various venues in Seattle: