An event every week that begins at 10:00am on Tuesday, Wednesday, Thursday, Friday and Saturday, repeating until June 4, 2022

Two good friends from two very different backgrounds and cultures speak with one voice using the common language of art to tell a story that is uniquely American.

David Boxley, First Nations Tsimshian, native to Metlakatla, Alaska, is considered the finest Tsimshian artist of his generation. David has achieved national recognition as an Alaskan Tsimshian master artist, dedicating his life to exploring, learning and sharing his rich culture and its beautiful art forms. As a result of his efforts to revive the Tsimshian culture, Boxley has been given the title of “cultural bearer” by his tribe and has passed his knowledge and techniques to his sons David and Zachary, who have followed in their father’s footsteps and become talented carvers and leaders in this cultural renaissance.

Chris Hopkins is a narrative painter, has honed his craft through years of experience. Chris gained the title “The Sky King”, for his talents as a landscape painter, before transitioning to a high-profile career creating movie posters for blockbusters like Return of the Jedi and Indiana Jones. Following his award-winning career as an illustrator in Hollywood, Hopkins’ work evolved into more meaningful efforts, celebrating stories of American perseverance, both past and present including within his own Viking ancestry.

Their admiration for one another is a true lesson in allyship, founded on a mutual desire to present an authentic and unromaticized version of the their cultures. Together, David and Chris will use their talents to share the stories of their unique heritage. 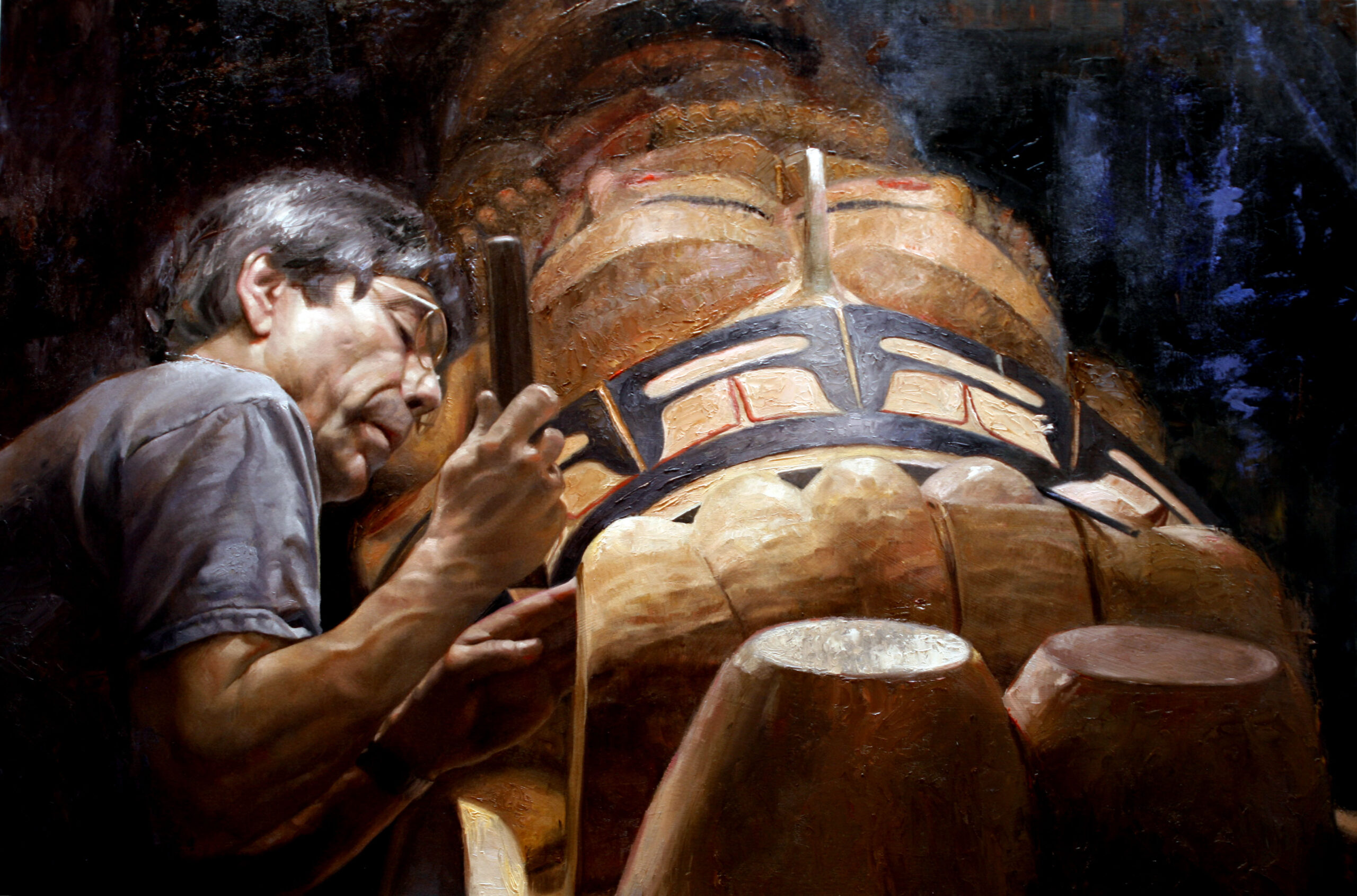